What’s the deal with GMOs?

I’m back to the blog and today I’m talking about GMOs or genetically modified foods! I think there is a lot of confusion out there about GMOs – what are they, are they good or bad, and what foods are genetically modified? So today I’ll try to shed some light on this topic, give some answers and allow you to make the best decision for you and your family.

What is a GMO?

A GMO is simply a genetically modified organism. This means it is any plant, animal, or other organism
that has

had its genes altered by some technological mechanism. It’s very likely that you’ve consumed GMO foods before. Produce including sweet corn, zucchini, yellow squash and papaya have genetically modified versions sold in the US. Many commodity crops are grown from GMO seed including corn, soybeans, canola, and sugar beets. These crops are also processed into other ingredients, like corn starch, corn syrup and canola oil which are used in many packaged foods.

So what I’m saying here is that it’s likely we’ve all eaten GMO foods and didn’t even know it. Anyone see a problem with this? It seems like people should at least know what foods have been genetically altered, so they can make an informed choice about whether or not they want to purchase and eat them. This is something many Americans have fought for. California tried to pass a proposition to mandate labeling of GMO-containing foods, but was denied in 2012. Today, about half the US states have passed mandates on labeling GMOs, each with unique specifications. For example, in Connecticut, it is mandatory to label GMO use on baby food and infant formula.

Why should we care about GMOs?

Well, we don’t really know if genetically modified products are safe for us. Much of the research on new GMO products in the US is conducted by the companies or industries that are producing the product. This is a clear conflict of interest and should encourage us to ask questions. In a review of studies performed on genetically modified crops, 100% (41 papers total) of the studies that had a conflict of interest concluded favorably of GMO safety. However, out of the 53 papers that were published without a conflict of interest, only around 74% found these GM crops to be safe, and the remaining 26% found the crops to be problematic or had neutral conclusions. This leaves some room for doubt in the minds of us consumers.

One thing that has been very controversial is the use of Bt toxin in GMO crops. Bt stands for Bacillus Thuringiensis which is a natural bacteria that has been used to control pests for many years. Scientists wanted to incorporate the bug fighting abilities of this bacteria into the crops themselves by moving certain genes from the bacteria into the DNA of corn and cotton. To put it simply, Bt toxin kills pests by rupturing the cells of their gut and there is concern about whether or not this same process could happen in humans. In my opinion, the jury is still out and we don’t have any final determinations on this.

In 2019, the FDA cleared the commercial sale of a genetically modified salmon by the company Aquadvantage. This salmon contains genes from two different species that allow it to grow at a faster rate than conventional salmon. Many consumers, scientists, and even members of Congress opposed the FDA’s decision, stating that the data used to prove the safety of this fish was inadequate.  The FDA relied heavily on data provided by the AquaBounty company that developed the fish and its sponsors. Sounds a little fishy to me, pun intended! So, how can we be sure that the data isn’t biased? Unfortunately, we can’t.

If I’m giving my honest opinion, I don’t feel confident about the safety of genetically modified foods and I would prefer not to purchase/eat them. So if you feel the same, the next question is…

How can we avoid GMOs?

In the United States, any produce or food product labeled with the USDA organic seal is GMO-free. Additionally, two companies, the Non-GMO Project and Natural Food Certifiers, have strict regulations for verifying a product as “non-GMO” and have recognizable seals.

Look for these labels on food packaging:

I’ll finish off here by saying as with most of my blogs, my main goal and purpose is to provide you with helpful information so you can make the best choices for your and your family. Every family has different concerns and priorities, a different financial situation, different challenges, time constraints and stresses. If you are concerned about GMOs in your food, I want you to know how you can avoid them. And if GMOs aren’t a concern, that’s fine too! GMOs aren’t proven to be toxic, but there are unanswered questions about them so as more research comes out, I’ll be sure to keep you posted. I always encourage asking questions, understanding food labels and making informed choices and I want to make that task easier for you with the topics I cover in my blog! So if you have any questions, don’t be afraid to reach out on my website or on Instagram! I love hearing from you all. Until next time, I wish you all the best!

Sign up to receive helpful resources and stay informed on the latest autism research. 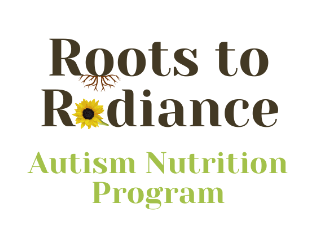 Get all the details and apply here!

Roots to Radiance is my unique, holistic and comprehensive approach to nutrition care for children with autism. It is a 6 month, 1-on-1 nutrition consult program.

So much of autism and the symptoms we see depend upon what’s going on beneath the surface, inside each child’s brain and body. Just as the radiance of a flower in bloom is connected to the health of its roots underground. When the roots of each child are nurtured, then they can shine.
In my Roots to Radiance Program we nurture the “roots” of each child with my 6R approach:

In this program, I use lab work to guide our efforts and create a plan that is tailored to the unique needs of your child. No more piecing together bits of information you found online. No more struggling to figure out why your child is having symptoms or what they mean. Roots to Radiance is an easier, more effective way to support vibrant health for your child with autism.

With the Total Toxin Takedown small group course, I help moms like you boot toxins out the door so you can rest easy knowing that what you bring into your home isn’t harming your family. Your home should be a safe haven and it can be! I will lead you through my Whole Home Overhaul, where we compare your unique toxin lab test results with the potential sources of toxins in every room of your home for a strategic toxin takedown!

Unlike “online health gurus” who just recommend “natural” products, I will also teach you why certain products are unsafe and what ingredients to avoid, so that armed with knowledge and know-how, you can read labels with ease, choose new products effortlessly and protect your family for years to come.

Join the waitlist and secure your spot in the first round of the Total Toxin Takedown small group program! 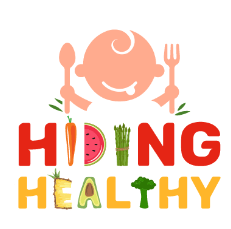 Get all the details and join here!

Are you tired of bribing and begging your kid to eat?
Are you sick of serving the same foods over and over?

Take the stress out of mealtime and learn how to navigate your child’s picky eating with a Hiding Healthy Membership!

Hiding Healthy is created specifically for parents of picky eaters. It’s your all-in-one toolbox, filled with:

• Dozens of recipes with healthy foods hidden inside (Get peace of mind knowing your child is getting the nutrition they need!)
• Tips and strategies paired with each recipe, proven to build your child’s interest in that food and help your picky eater expand their diet.

With Hiding Healthy’s gentle, playful and sensory-focused approach, you can ditch the mealtime battles and enjoy feeding your child!

I plan to release Hiding Healthy in February 2022. Join now during our presale and be among the first to overcome picky eating with Hiding Healthy!